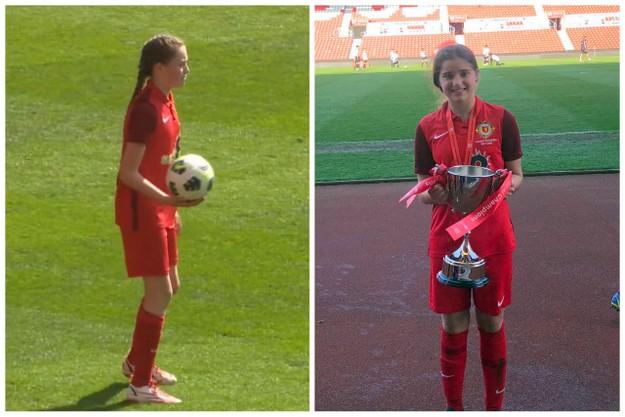 Congratulations to Yasmin and Savannah in Year 7 who both represented Liverpool Schoolgirls at the weekend to lift the national cup!

Day 1 of the English Schools' Football Association Cup finals was staged at the Bet365 Stadium, home of Stoke City Football Club, and were lucky to have two students from St. Julie's representing our city in the U12 9v9 final.

The game was a brilliant battle with both players making a titanic contribution at opposite ends of the pitch. The match finished with a well deserved 1-0 win over a fiercely competitive side from West Kent SFA.

This year the match was live streamed on Youtube and is still available for viewing, and the players' PE teacher Miss Murphy was watching with great pride!

Congratulations to both players and we look forward to seeing even more success in the future.