National Goal of the Month Winner! 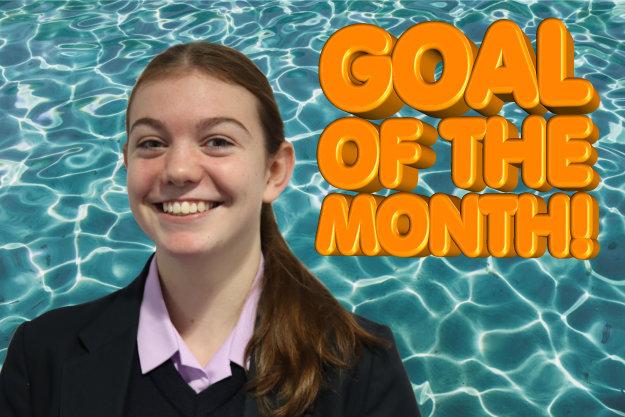 Congratulations to Hannah in Year 10 whose audacious long-range screamer has taken top honours in the British Water Polo League's inaugural goal of the month contest!

Representing the City of Liverpool in a match against Cheltenham, Hannah found herself in possession close to the halfway line, and in the absence of an obvious pass launched an unbelievable strike across the pool straight into the net.

As with all ball sports, such a long range strike takes enormous physical strength and precision, whilst also drawing on the mental attributes of courage and confidence.

Hannah demonstrated all these qualities in abundance as her goal was judged the winner by public vote in the inaugural goal of the month competition by the British Water Polo League. The league is an unrestricted age competition and so Hannah's goal was judged alongside those from some of the best players in the country.

At St. Julie's we're incredibly proud of her achievement and hope to see more entries into the competition in the future.