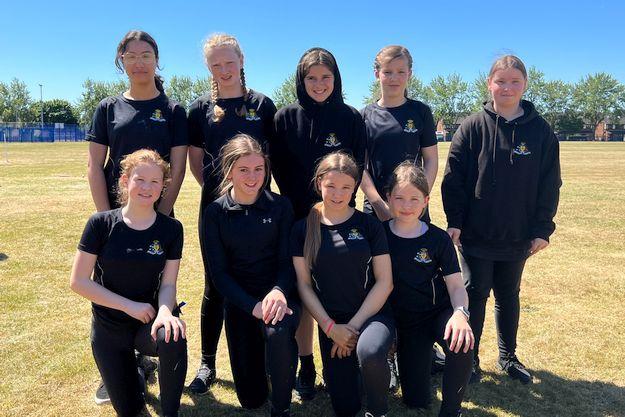 Congratulations to our Rounders players who reached the final of the LSSP Rounders Tournament at Fazakerley High School!

Ten schools from across the city competed in a fantastic afternoon that was a true celebration of sportsmanship and fun in sport. Our team was drawn into League 1 and won all four of their games in convincing style with the following results:

This led to a semi final against the team from Archbishop Beck where our players prevailed with a 7 to 4.5 victory.

The final was a tense and highly competitive game with honours ultimately going to Gateacre with a narrow win. Nevertheless, our players can take great pride in a fantastic tournament.

Congratulations to Brooke, Libby, Grace, Katie, Lois, Yasmin and Faye in Year 7 and Lily and Teha in Year 8. We'd like to offer a special cheer to our player of the tournament, Lily.