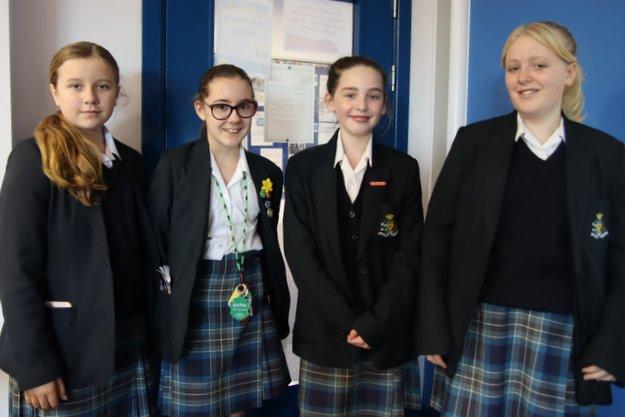 Studies show that people retain far more of the knowledge they gain if they teach them to somebody else, and Year 7 students in Spanish put this to the test in a recent homework from Ms Mathison who asked students to teach some Spanish to a family member or friend.

The students embraced the task, and they chose to teach the numbers from one to ten to their friends and family members. The greatest challenges encountered were with pronunciation and trying not to laugh during filming!

We spoke to some of the students to see how they found the experience.

Emily taught Spanish to her Grandad, and she told us: “It was a fun way to spend time with my Grandad. He was much better at Spanish than I expected!”

Poppy taught some numbers to her stepsister and found an interesting challenge: “My stepsister studies French at school and it was really hard to get her to use the Spanish pronunciation rather than the French.”

Ava, working with her friend, faced a more unexpected challenge: “It was hilarious because my friend was dancing while she was saying her numbers!”

Bethany taught some Spanish to her younger sister, and she too got a surprise: “She learned the numbers really quickly but wouldn’t speak them loudly to the camera. Normally she’s really loud!”

Well done to the students for engaging so well with the task – we’re glad they enjoyed it!