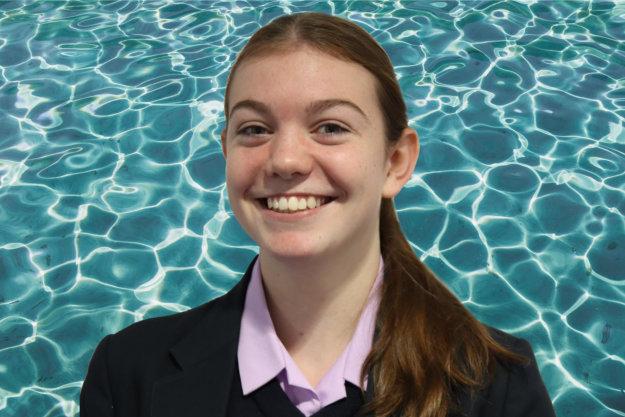 Congratulations to Hannah in Year 10 who has been selected to represent Great Britain in the national U17 Water Polo Squad.

Hannah has been a student of the National Water Polo Academy for two years, and has undergone a competitive process to win selection. The process included a two week residential based in Somerset, which Hannah participated in during the summer.

Even at her young age, Hannah can draw on extensive experience having first become interested in Water Polo at the age of 5, at a special event in Wavertree swimming with Team GB athletes following the London olympics in 2012. She proudly cites her greatest influence as being a little closer to home - Hannah's older sister Emily, herself a former St. Julie's student, plays at international standard and recently played as co-captain of Team GB.

Away from the national side, Hannah plays for three local clubs: Liverpool, Bridgefield and North West. It is with characteristic modesty that when asked about her season to date Hannah admits to being Liverpool's top goal scorer "so far"! Her next action is at the National League Competition on the 30th and 31st October competing as the youngest member of the Liverpool team. The competition is 'open age' so Hannah will be competing against adults - a prospect to which she remains respectful but unphased. We wish her every success!