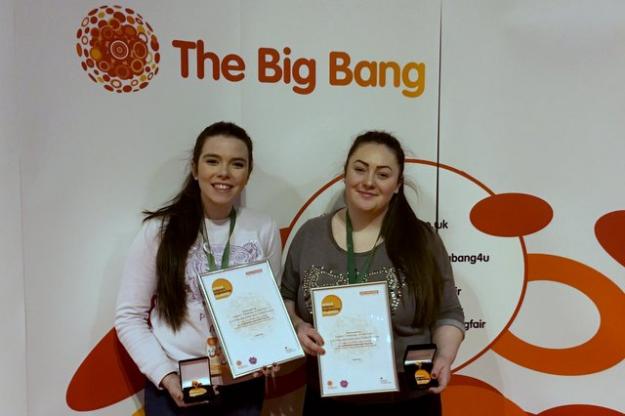 The bridge building team attended the awards ceremony for all of the prizes at the National Science and Engineering Competition yesterday evening.

Although they didn't win the Engineer of the Year award, they did win a special prize issued by BAE Systems, the main sponsor of the event. The judges were so impressed with the effort and team spirit that they awarded them the coveted BAE Systems Inspired Work Prize.

This prize recognises the project that demonstrates the key qualities of motivation, influence, partnerships, communication and trust. The team received a certificate and a prize, including an exciting VIP experience day at the Farnborough air show.

Miss Peers was so proud of the team and how excellently they portrayed their ideas and all of the Science behind their project. Our team actually made the loudest noise when they were announced winners!

The team that won the top prize were featured on BBC Breakfast this morning. They designed a car for use by disabled people that was top of the range. Well done to all the winners from the competition.