Aug 11, 2020: A Message from Ofqual to Parents of Students Expecting Results
[More] 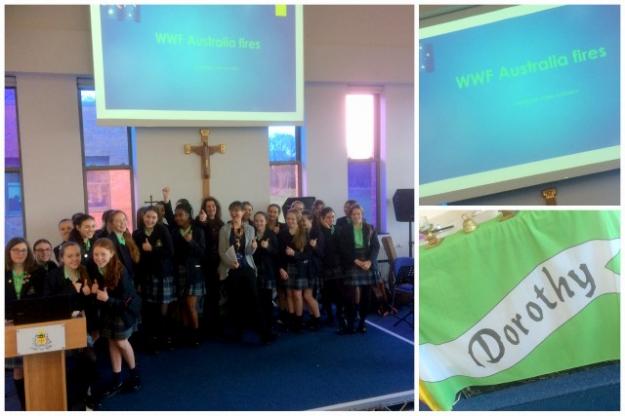 On the 15th anniversary of the murder of Sr Dorothy Stang, SNDdeN, 9 Dorothy delivered an informative and thought provoking assembly on the World Wildlife Fund.

They looked especially at the effects of the recent Australian wildfires and the impact they had on animals including a very lovely video of a thirsty koala being helped by some cyclists.   Sr. Dorothy (the Angel of the Amazon) would most definitely approve of the Form named after her being such champions of creation!

As well as giving us information about the everyday steps we can take to be climate champions and inviting us to pray about it, 9 Dorothy have also arranged a raffle to raise funds in aid of the WWF and the work it does around the world.