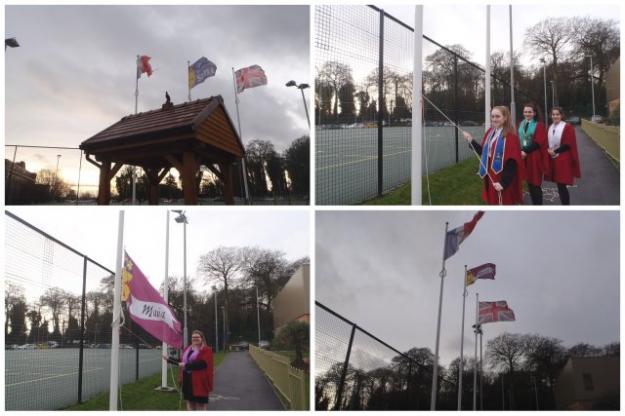 The Year of the Saint gave us the opportunity to celebrate the 50 years that have passed since Marie Rose Julie Billiart was canonised in Rome by Pope Paul VI to become St. Julie – our St. Julie!

This anniversary year included pilgrimages to Rome, to Namur and Amiens, a special mass at our Cathedral, the presentation of specially commissioned statues to our local parishes and the opening of the tower in the Peace Garden.

The Year of the Saint flag was replaced by that of our newly crowned House Champions – Maria - and Hannah (Head of House) raised it on a very windy day!  This is the third term in a row that Maria has triumphed.  Just who is going to knock them off their perch?